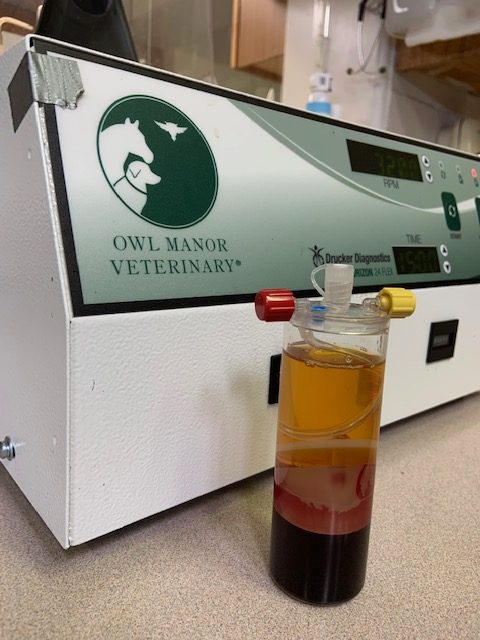 Plasma separator: Blood is separated by spinning in the centrifuge

Platelet rich plasma (PRP) has been used for a variety of treatments in equine medicine. The most common use is tendon/ligament injuries as well as eye ulcers.  However in the spring it is most often used to improve fertility of problem mares. The following article: What to do with the problem mare: New Approaches for diagnosis and management written by Margo L. Macpherson, DVM, MS, Diplomate ACT University of Florida and Erin Runcan, DVM, Diplomate ACT extensively discusses evaluating mares that are not pregnant at the end of breeding season. “ The authors concluded that treatment with PrP reduced the inflammatory response after breeding particularly in mares susceptible to endometritis. In a similar study, mares defined as being susceptible to post-mating induced endometritis had better pregnancy rates after treatment with PrP.1 “ 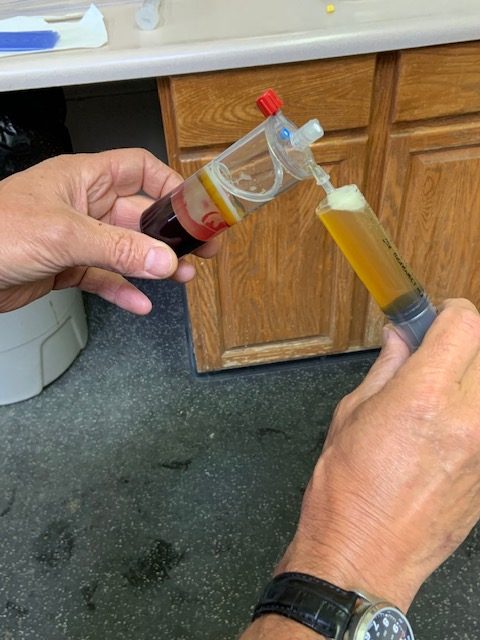 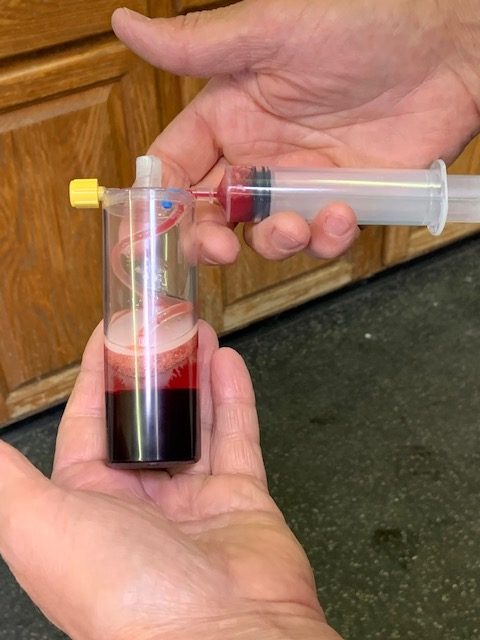 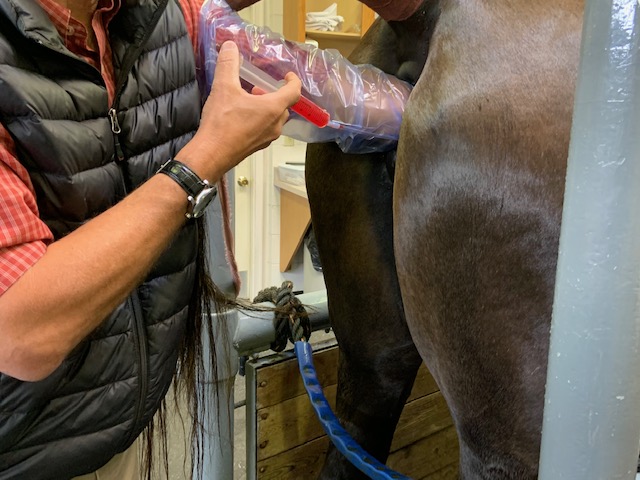