What is K1 Laser Therapy?

Also known as High-Level and Low-Level Power Laser Therapy, it is a beam of light that travels at a certain frequency that allows the laser to generate heat and penetrate tissue. It then targets damaged tissue with specific wavelengths of light that have been found to interact with tissue and accelerate the healing process and accelerated wound healing, as well as reduced pain, stiffness, swelling, surgical incisions, and spasms.

Laser therapy is used to facilitate wound healing, reduce inflammation, and treat musculoskeletal pain. However, this tool can be used to treat many other medical conditions. Lasers have been promoted for specific clinical problems, such as allergic skin disease, gingivitis, bacterial and viral infections, and envenomation. Likewise, they have been publicized as providing general health improvement such as enhancing immune function, normalizing metabolic function.

Has It Worked In Your Hospital?

Well, we wanted you to be the judge of that. Following is a series of photos that we captured during the days following a routine castration on a 3 year old bulldog named Dudley. During Dudley’s surgical prep his skin did not handle shaving the surgical site well and acquired a small amount of clipper burn (the redness around the surgical area). After surgery he has the common amount of mild swelling and redness seen in photo #1 directly following surgery.

In these photos you can see the progression of healing and watch as the redness and swelling decreases significantly. 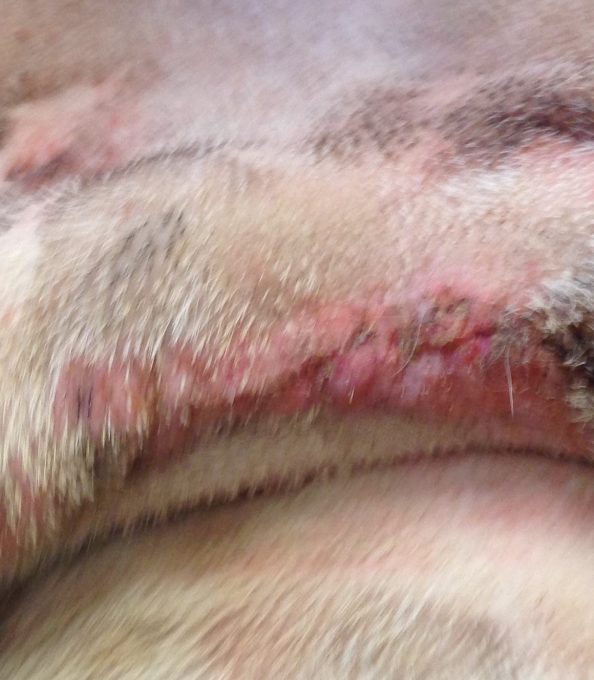 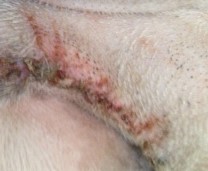 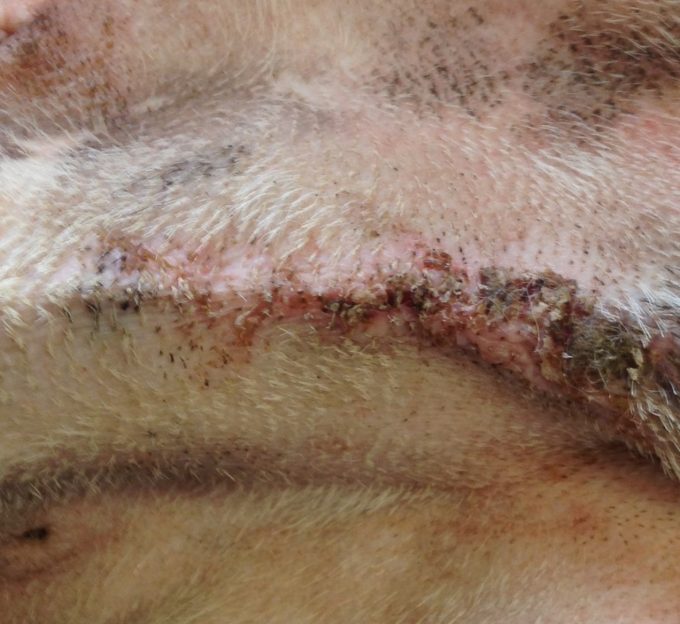